Rex and the Raven Rescue 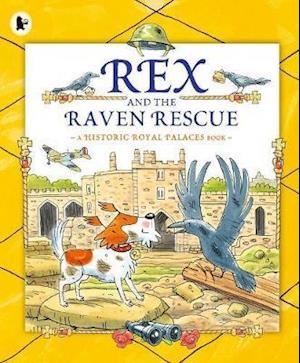 When a raven from the Tower of London goes missing during the Blitz, it's up to scruffy dog Rex to rescue him, with a little help from some royal corgis and Princess Elizabeth.Rex lives at the Tower of London and likes nothing better than sniffing around in juicy litter bins. But his favourite bin of all isn't just a litter bin - it's also a time machine. He jumps in and he's transported back to the London Blitz - where his friends the ravens are really hungry! When Gripp, the royal raven, doesn't come back from a food-finding mission, it's up to Rex to rescue him. But when the trail leads to the sparkling gates of Buckingham Palace, Rex realizes this might be trickier than he thought. Can Rex rescue Gripp and find food for the hungry ravens? And perhaps he'll make some royal friends along the way!