- A thrilling medieval mystery of murder and stolen treasure 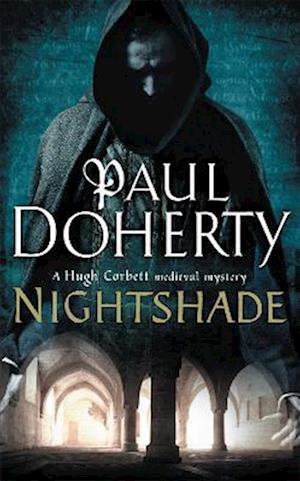 January 1304 and Hugh Corbett, devoted emissary of King Edward I, has been charged with yet another dangerous mission. Scrope, an unscrupulous manor lord, has reneged on his promise to hand over a priceless ornate cross he stole from the Templars during the Crusades. Furthermore, he has massacred as heretics fourteen members of a religious order, whose corpses now hang in the woods near Mistleham in Essex. The King, determined to restore order, sends Corbett to Mistleham in his stead. But as Corbett reaches the troubled village, it becomes obvious that the situation has worsened. A mysterious bowman has appeared, killing townspeople at random. Is one of the Brethren responsible, or have the Templars arrived to wreak revenge? Can Corbett restore Mistleham to peace, and return the treasure to the King, before further blood is shed?

Forfattere
Bibliotekernes beskrivelse The sixteenth brilliant novel in the acclaimed Hugh Corbett series. Corbett must travel to Essex to investigate Lord Oliver Scrope and obtain the 'Sanguis Christi', treasure Scrope stole from the Templar Order after the fall of Acre.