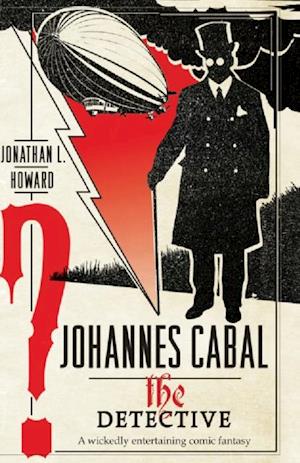 Johannes Cabal is back -- a little older, a little wiser, but just as sharply funny, cuttingly sarcastic, and unexpectedly violent as ever. For necromancer Johannes Cabal, dealing with devils, demons and raising the dead is pretty much par for the course. But when his attempt to steal a rare book turns sour, he is faced by a far more terrifying entity -- politics. While awaiting execution for his crime, Cabal is forced to resurrect an inconveniently deceased emperor. Seizing his chance, the cunning Cabal engineers his escape, fleeing the country on a state-of-the-art flying ship. But the ship has more than a few unpleasant surprises, including an unwelcome face from the past and the small matter of some mysterious murders. Cabal may work with corpses but he has absolutely no intention of becoming one. Drawn into a deadly conspiracy, is he shuffling dangerously close to the end of his mortal coil?