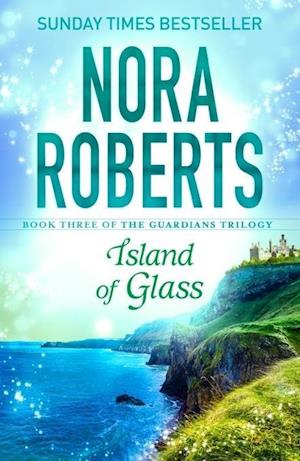 A vengeful goddess hunts for three jewels: fallen stars that will give her endless power. To save the world, six friends have joined forces to stop her. Now, on the wild and beautiful coast of County Clare, their battle reaches its dramatic climax. Doyle Mac Cleirich - soldier and reluctant immortal - has always vowed never to return home. But when his search for the final star leads him to Ireland, it becomes clear that fate has other plans.Solitary by inclination, Doyle is also fighting his growing attraction to archaeologist Riley. His warrior spirit is drawn to the wild - and there's no one more familiar with the wild than Riley. As the six guardians face their final challenge, Riley and Doyle are prepared to risk their lives in battle. But without love to sustain them, the quest is doomed to failure...

Forfattere
Bibliotekernes beskrivelse The dramatic conclusion to the Guardians trilogy - a novel of love, magic and friendship set in County Clare, Ireland - from number one bestseller Nora Roberts.