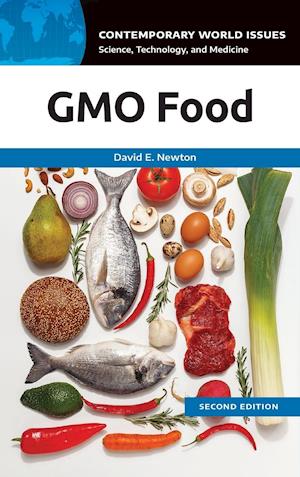 GMO Food: A Reference Handbook offers an in-depth discussion of genetically modified food. It covers the history of, opposition to, regulation of, and labeling of genetic modifications, along with the potential benefits and harm involved.GMO Food: A Reference Handbook is intended to serve as a research guide for young adults in high school and beyond. Students at all grade levels should be able to use the book as an introduction to the history of genetic engineering of organisms and the use of this technology for the development of new forms of crops and foods.They will learn briefly about historic methods of plant and animal modification (such as cross-breeding) and, in more detail, how discoveries since the late nineteenth century have greatly changed the process of plant and animal modification. These discoveries include important steps forward in genetics, biochemistry, molecular biology, genetic engineering, and related fields. They will also learn about the variety of social, political, philosophical, economic, and other issues that have arisen alongside these scientific advances, as well as about some of the laws, regulations, and other solutions that have been developed for dealing with the range of attitudes about genetically modified foods. The second edition covers developments since 2014.Provides readers with the basic background they need about genetically modified foods in order to understand current issuesIncludes additional readings, a comprehensive chronology, a glossary, and other features to aid students' understanding of current issues and guide them in designing and conducting their own researchOffers ideas for additional research from a list of important individuals and organizationsRounds out the author's expertise in perspectives essays that show readers a diversity of viewpoints