- The Citizen's Guide to the Next Food and Farm Bill 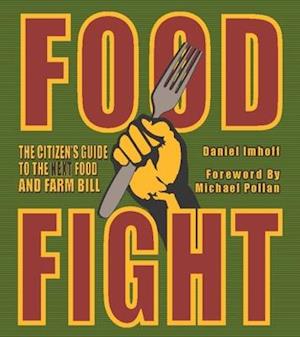 Every five years, the U.S. Congress passes a little understood legislation called the Farm Bill. Primarily accountable for setting the budgets and work plans for the U.S. Department of Agriculture, the Farm Bill is anything but bureaucratic trivia. It is an essential economic and policy engine that drives the food and farming system and provides nutritional assistance to tens of millions of Americans--many of them children. In recent years, more and more citizens are realizing just how much is at stake in this political chess game. Originally published in 2007, Food Fight was Daniel Imhoff's highly acclaimed primer on the 2008 Farm Bill. Now in a newly updated and expanded edition, Imhoff looks ahead at this important issue, as the debate for 2012 is already underway. With the legislation due to be reauthorized in late 2012, Food Fight offers a critical resource that can help them deconstruct this challenging bill, organize in their communities to gain a seat at the bargaining table, and ultimately vote with their forks. Includes a foreword by Michael Pollan.