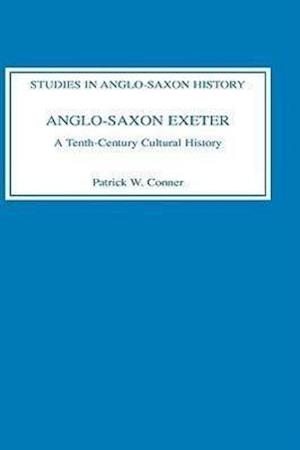 In his search for an historical context for the famous Exeter Book of Old English poetry, Dr Conner's examination of the archaeological and textual records of Exeter have led him to significant new conclusions about the city's tenth century monastic culture. He posits the existence of a large library dating from the time of King AEthelstan, an active scriptorium from at least the mid-century period, and suggests that five other important manuscripts may have originated at Exeter c.950-c.990.A codicological examination of the Exeter Book draws fresh conclusions about its composition and its literary context. Anglo-Saxon Exeterconcludes with six appendices in which many documents important to the early history of the city are edited, including its relic-lists, the records for moving the see from Crediton to Exeter, Leofric's Inventory, a series of legal records which survive on a single leaf of an 8th-century lectionary, and a study of the history of the Exeter Book from 1050 to the present. PATRICK CONNER is Professor in the department of English at West Virginia University.

Forfattere
Bibliotekernes beskrivelse A study of the manuscripts, relics and historical traditions of Anglo-Saxon Exeter before Leofric moved the see of Devon and Cornwall there in 1050.