You Wouldn't Want To Be An Anglo-Saxon Peasant!

indgår i serie You Wouldn't Want to Be 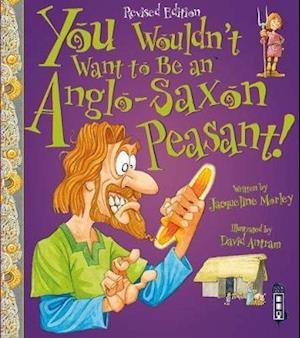 You're a farmer's son living in England in the early 7th century. Your people are descendants of invaders from Northern Europe: the Angles, the Saxons and the Jutes, who arrived about 200 years earlier, seized land from the native Britons and made themselves at home here. You will experience first-hand the culture and history of the Anglo-Saxon peoples, including how they survived, ate and dressed, the stories they told, and how they responded to the coming of Christianity.