- Colonial Legacies in the Anglophone/Francophone Novel (4) 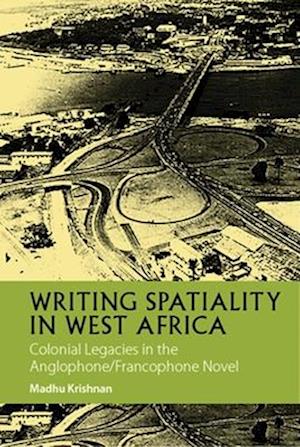 From the "imaginative geographies" of conquest identified by Edward Said to the very real and material institution of territorial borders, regions and geographical amalgamations, the control, administration and integration of space are known to have played a central and essential role in the creation of contemporary "Africa". Space continues to be a site of conflict, from separatist struggles to the distribution of resources to the continued absorption ofAfrican territories into the uneven geographies of global capitalism. In this book, Madhu Krishnan examines the ways in which the anxieties and conflicts engendered by these phenomena are registered in a broad set of literarytexts from British and French West Africa. By placing these novels in dialogue with a range of archival material such as territorial planning documents, legislative papers, records of liberation movements and development projects, this book reveals the submerged articulations between spatial planning and literary expression, generating new readings of canonical West African texts as well as analyses of otherwise under-researched material. MadhuKrishnan is a Senior Lecturer in 20th/21st Century Postcolonial Writing in the Department of English at the University of Bristol. She is author of Contemporary African Literature in English: Global Locations, Postcolonial Identifications(2014) and Contingent Canons: African Literature and the Politics of Location (2018)