- Women Islamic Leaders in a Sufi Movement in Dakar, Senegal 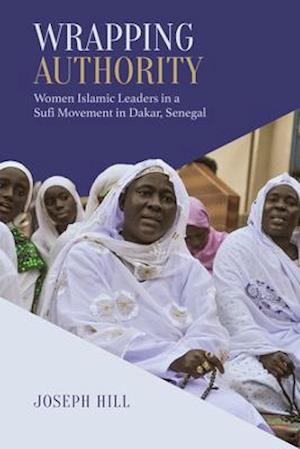 Since around 2000, a growing number of women in Dakar, Senegal have come to act openly as spiritual leaders for both men and women. As urban youth turn to the Fayda Tijaniyya Sufi Islamic movement in search of direction and community, these women provide guidance in practicing Islam and cultivating mystical knowledge of God. While women Islamic leaders may appear radical in a context where women have rarely exercised Islamic authority, they have provoked surprisingly little controversy. Wrapping Authority tells these women's stories and explores how they have developed ways of leading that feel natural to themselves and those around them. Addressing the dominant perceptions of Islam as a conservative practise, with stringent regulations for women in particular, Joseph Hill reveals how women integrate values typically associated with pious Muslim women into their leadership. These female leaders present spiritual guidance as a form of nurturing motherhood; they turn acts of devotional cooking into a basis of religious authority and prestige; they connect shyness, concealing clothing, and other forms of feminine "self-wrapping" to exemplary piety, hidden knowledge, and charismatic mystique. Yet like Sufi mystical discourse, their self-presentations are profoundly ambiguous, insisting simultaneously on gender distinctions and on the transcendence of gender through mystical unity with God.