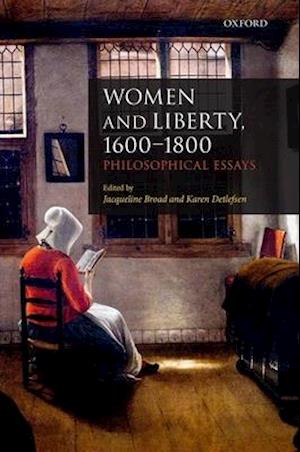 There have been many different historical-intellectual accounts of the shaping and development of concepts of liberty in pre-Enlightenment Europe. This volume is unique for addressing the subject of liberty principally as it is discussed in the writings of women philosophers, and as it is theorized with respect to women and their lives, during this period. The volume covers ethical, political, metaphysical, and religious notions of liberty, with some chaptersdiscussing women's ideas about the metaphysics of free will, and others examining the topic of women's freedom (or lack thereof) in their moral and personal lives as well as in the public socio-political domain. In some cases, these topics are situated in relation to the emergence of the concept of autonomyin the late eighteenth century, and in others, with respect to recent feminist theorizing about relational autonomy and internalized oppression. Many of the chapters draw upon a wide range of genres, including polemical texts, poetry, plays, and other forms of fiction, as well as standard philosophical treatises. Taken as a whole, this volume shows how crucial it is to recover the too-long forgotten views of female and women-friendly male philosophers of the seventeenth and eighteenthcenturies. In the process of recovering these voices, our understanding of philosophy in the early modern period is not only expanded, but also significantly enhanced, toward a more accurate and gender-inclusive history of our discipline.

Forfattere
Bibliotekernes beskrivelse This volume offers a collective study of liberty as discussed by women philosophers, and as theorized with respect to women and their lives, in the 17th and 18th centuries. The contributors cover the metaphysics of free will, and freedom in women's moral and personal as well as religious and political lives.