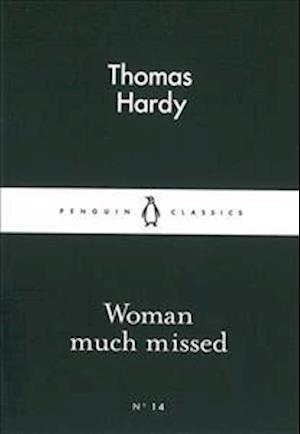 'Woman much missed, how you call to me, call to me...'After the death of his wife Emma, a grief-stricken Hardy wrote some of the best verse of his career. Moving and evocative, it ranks among the greatest elegiac poetry in the language.Introducing Little Black Classics: 80 books for Penguin's 80th birthday. Little Black Classics celebrate the huge range and diversity of Penguin Classics, with books from around the world and across many centuries. They take us from a balloon ride over Victorian London to a garden of blossom in Japan, from Tierra del Fuego to 16th-century California and the Russian steppe. Here are stories lyrical and savage; poems epic and intimate; essays satirical and inspirational; and ideas that have shaped the lives of millions.Thomas Hardy (1840-1928). Hardy's works available in Penguin Classics are A Laodicean, A Pair of Blue Eyes, Desperate Remedies, Far from the Madding Crowd, Jude the Obscure, Selected Poems, Tess of the d'Urbervilles, The Distracted Preacher and Other Tales, The Fiddler of the Reels and Other Stories, The Hand of Ethelberta, The Mayor of Casterbridge, The Pursuit of the Well-beloved and The Well-beloved, The Return of the Native, The Trumpet-Major, The Withered Arm and Other Stories, The Woodlanders, Two on a Tower and Under the Greenwood Tree.

Forfattere
Bibliotekernes beskrivelse After the death of his wife Emma, the author wrote some of the best verse of his career. This book deals with his works.