Woman at the Devil's Door

- The Untold True Story of the Hampstead Murderess 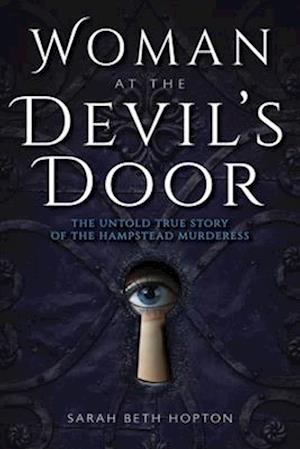 Discover the haunting untold true story of the woman whose crimes inspired speculation that Jack the Ripper was a woman.On October 24, 1890, a woman was discovered on a pile of rubbish in Hampstead, North London. Her arms were lacerated and her face bloodied; her head was severed from her body save a few sinews. Later that day, a blood-soaked stroller was found leaning against a residential gate, and the following morning the dead body of a baby was found hidden underneath a nettle bush. So began the chilling story of the Hampstead Tragedy.Eventually, Scotland Yard knocked on the door of No. 2 Priory Street, home to Mary Eleanor Pearcey, the pretty 24-year-old mistress whose dying request was as bizarre and mysterious as her life. Woman at the Devil's Door is a thrilling look at this notorious murderer and the webs she wove.