- The Treaty of Nownahar, Fraud, and British Sindh

indgår i serie Centre of Social Sciences in Karachi 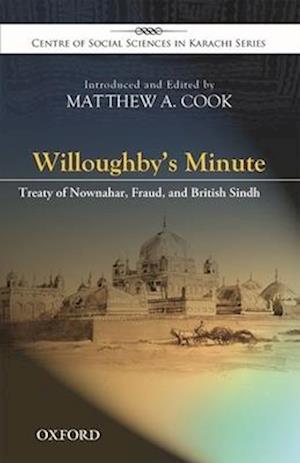 Histories often link British actions in Sindh to an aggressive anti-Russian imperial policy in Afghanistan (i.e., the Great Game). While these histories capture the politics and policies that surround British imperialism in the 1840s, they also strip Sindh's history of complex local interactions. In this historiography, indigenous players and circumstances are lost to the Great Game as the only legitimate context for understanding British actions in Sindh. Willoughby's Minute, which describes events surrounding the 1842 Treaty of Nownahar, illustrates how a fraud by a local Talpur ruler named Mir Ali Morad informs Sindh's subsequent annexation by the British. The Minute also demonstrates how a local treaty that did not involve the British provides an alternative genealogy to historically contextualize British debates about the East India Company's actions in Sindh. This genealogy focuses not on the Great Game but a debate secretly involving the Minute's author and his beliefs about the institutional relationship between civil and military authority within the Company.