When a Goddess Dies

- Worshipping Ma Anandamayi after Her Death 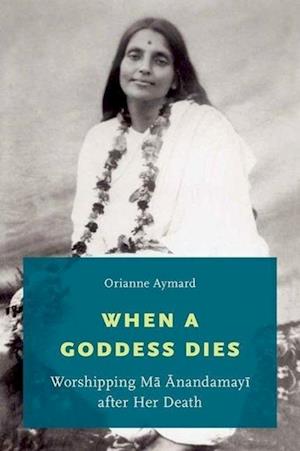 Ma Anandamayi is generally regarded as the most important Hindu woman saint of the twentieth century. Venerated alternately as a guru and as an incarnation of God on earth, Ma had hundreds of thousands of devotees. Through the creation of a religious movement and a vast network of ashramsunprecedented for a womanMa presented herself as an authority figure in a society where female gurus were not often recognized. Because of her widespread influence, Ma is one of the rare Hindu saints whose cult has outlived her. Today, her tomb is a place of veneration for those who knew her as well as new generations of her followers. By performing extensive fieldwork among Ma's current devotees, Orianne Aymard examines what happens to a cult after the death of its leader. Does it decline, stagnate, or grow? Or is it rather transformed into something else entirely? Aymard's work sheds new light not only on Hindu sainthoodand particularly female Hindu sainthoodbut on the nature of charismatic religious leadership and devotion.

Forfattere
Bibliotekernes beskrivelse Using numerous interviews and extensive research, this book explores the devotional movement of the enduring religious figure, Anandamayi Ma, venerated both as a guru and an incarnation of the Divine on Earth. Orianne Aymard asks what happens to a charismatic movement after the death (mahasamadhi) of the guru. 28 illus.