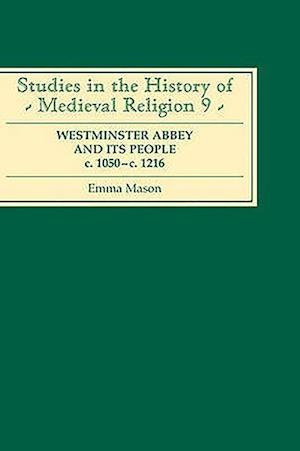 This book surveys the monastic community at Westminster from the time when Edward the Confessor [1042-1066] adopted it as his burial church down to the end of the reign of king John. Originating according to legend during the Roman occupation, the West Minster was converted from a little collegiate church into a Benedictine monastery around 970. However, the growth of its significance largely dates from its massive endowment by king Edward, who commissioned a lavish rebuilding of the abbey church, a focal point in his programme of monarchical propaganda. Dr Mason covers every aspect of the abbey community in detail examining the careers of the abbots and priors, whilst ensuring that lesser figures are not neglected: monks; craftsmen; lay servants; the personnel of the royal court who were closely associated with the abbey. The author also considers the community's dealings with the growing ecclesiastical bureaucracy; the management of its properties, including its parochial churches; and its relationship with other religious houses. Dr EMMA MASON teaches in the Department of History, Birkbeck College.