Welsh Castles - A Guide by Counties

- A Guide by Counties 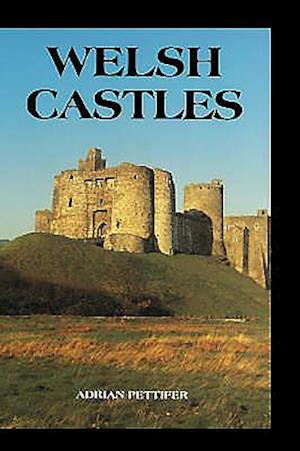 The medieval castles of Wales are an imposing group of monuments. Although there are examples from the Norman period, the vast majority of the surviving castles date from the thirteenth century, a dramatic and turbulent period when Wales was nearly united under native rule before succumbing to Edward I's conquest: Caernarfon, Conway, Harlech and Beaumaris are justly famous, but equally fine examples can be found elsewhere, including Pembroke, Kidwelly and Chepstow in south Wales; native Welsh castles feature prominently. This book provides a brief account and complete gazetteer of every surviving castle in Wales, from the impressive earthworks raised by the Norman invaders to the castle-palaces of the later middle ages, and including the remarkable town fortifications of Wales; it is arranged by county for convenience of reference, and offers full Ordnance Survey details. Lavishly illustrated. ADRIAN PETTIFER gained his degree in ancient and medieval history from Birmingham University.

Forfattere
Bibliotekernes beskrivelse History of and gazetteer to all surviving Welsh castles - the majority 13c - arranged by county, with full OS details.