Way - Spirit from the Well 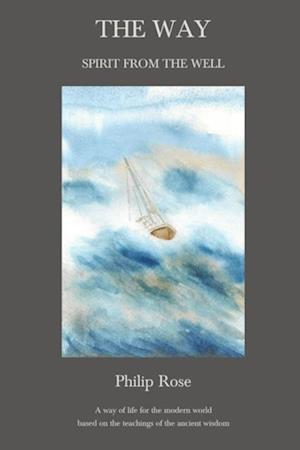 This book is a compilation of eight short books written between 2009 and 2017, in the ninth and tenth decades of the author's life. It contains his spiritual philosophy expressed in simple language accessible to all. The book tells of what the author has come to believe after a lifetime of seeking for the meaning of life, and how one should live that life at its optimum level. He explains that this cannot be proved: it is ultimately not susceptible to the usual scientific methods, for it lies in a different realm of reality which has to be experienced inwardly. However, its main tenets lie behind world religions and go back to mankind`s earliest thinkings and feelings. Believe it or not, as you will, suggests the author. All he can say is that it has sustained him throughout his life and has made that life harmonious and joyous. The teachings of which he speaks are often referred to as the Ancient Wisdom. He first came across them at the age of twenty-five when he met a man who was well versed in that ancient wisdom which is to be found woven throughout major religions, philosophies and mystical teachings. This man was Eugene Halliday, who, the author says, was said to be one of the great spirits of the modern age. The phrase he used to describe the ultimate result of these teachings was ';Reflexive Self-Consciousness'. This, the author explains, was the same message taught by those of old, although expressed by his mentor Halliday in more modern terms. A wise but modest man, the author says that he is no academic or scholar or learned man adding, with gentle humour, that it is written that an academic is an ass with a load of books on his back. He writes for the average person ';in the street' who has no time left to think on these things but who may like to know more. He writes for this person for he is such a one himself, he says. It is this which makes his story and his accumulated wisdom both inspiring and accessible.