- A Psycho-Social Perspective From The Muslim World 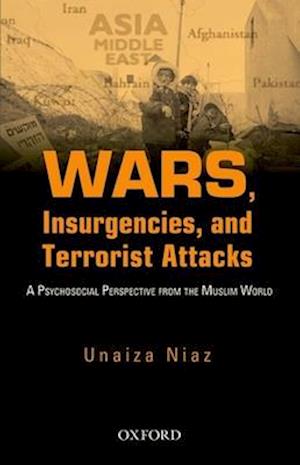 The Augustan period in Rome was a golden age for poetry, and also the age in which the cult of the author began in the west. By examining some early poetic understandings of what it might have meant to be Vergil, Ovid, and Tibullus, Constructing Authors and Readers in the Appendices Vergiliana, Tibulliana, and Ouidiana explores what those authors meant to near-contemporaries, and what the construction of authorship they were a part of meant to thelater western tradition. Constructing Authors and Readers in the Appendices Vergiliana, Tibulliana, and Ouidiana takes its starting point from the Appendices attached to three major Augustan poets, exploring how their different conditions of production, and the differences between their authorising authors, result in different notions of what an appendical text 'ought' to contain. So, for instance, Vergil's biography leaves ample room for 'juvenilia', while Ovid's does not; the Tibullan appendixexplicitly engages with a wider poetic community. Moving beyond questions of forgery and deception, some chapters ask how we would be able to know the difference between texts of genuine and of disputed authorship, given that most of the stylistic features that distinguish authors are replicable. Other chapters make thecase for re-evaluation of poems that have been neglected or disparaged, and still others make sense of individual works in their likely context of composition. The volume is the first to treat in conjunction the majority of the appendical works ascribed to Vergil, Ovid, and Tibullus, and to draw connections across corpora.Most wars, insurgencies and terrorist attacks are in the Muslim World. This is not a coincidence; understanding this phenomenon in its political and psychosocial perspectives is vital. An attempt is made to analyze these observable facts in a comprehensive, academic method why such incidents are more prevalent is the Muslim countries. It is crucial to understand the dynamics, the frustrations and the political system in the Muslim World. The author attempts toscrutinize and synthesize what has been reported from the scientific and professional literature. History of terrorism whether in the past or present is clarified Different theories of psychopathologies of terrorism and the theoretical, biological, social and psychological approaches are discussed inunderstanding these phenomena. The wars in the Muslim World in the twentieth and twenty-first centuries whether in Palestine, Iraq, Afghanistan, Pakistan, Bosnia, Chechnya, Algeria, Lebanon and Struggle of Kashmir's liberation, are discussed with the psychiatric aftermath on the civilians, validated by the guest authors from Muslim World

Forfattere
Bibliotekernes beskrivelse By examining some early poetic understandings of what it might have meant to be Vergil, Ovid, and Tibullus, this volume explores what those authors meant to near-contemporaries, and what the construction of authorship they were a part of meant to the later western tradition.This book is a comprehensive attempt to rectify some of the concepts prevalent globally, by adopting a factual approach in studying the roots, definitions, psychosocial and psychobiological effects of terrorism as well as the