War Against the Vets

- The World War I Bonus Army during the Great Depression 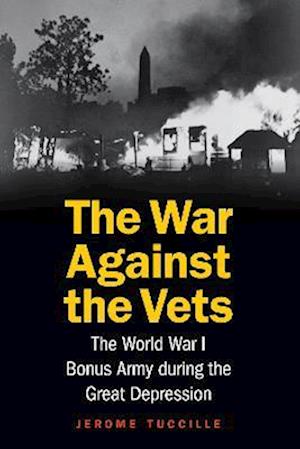 “Who Murdered the Vets?” writer Ernest Hemingway demanded in an impassioned article about the deaths of hundreds of former soldiers. Their fate came as part of the larger and often overlooked story of veterans of the Great War and their deplorable treatment by the government they once served.Three years earlier, under orders from President Herbert Hoover, General Douglas MacArthur led the U.S. military through the streets of the nation’s capital against an encampment of veterans and their families. The vets were suffering the ravages of the Great Depression and seeking an early payment of promised war bonuses. Tanks, troops, and cavalry burned down tents and leveled campsites in a savage and lethal effort to disperse the protesters, resulting in the murder of several demonstrators.The administration of President Franklin D. Roosevelt subsequently shipped the vets to distant work camps in the Florida Keys, where they were housed in flimsy tent cities that fell prey to a hurricane of which the authorities had been given ample warning. It was in reaction to the hundreds of bodies left in the storm’s wake that Hemingway penned his provocative words.The War Against the Vets is the first book about the Bonus Army to describe in detail the political battles that threatened to tear the country apart, as well as the scandalous treatment of the World War I vets.