Wanderlust: My Life and Travels 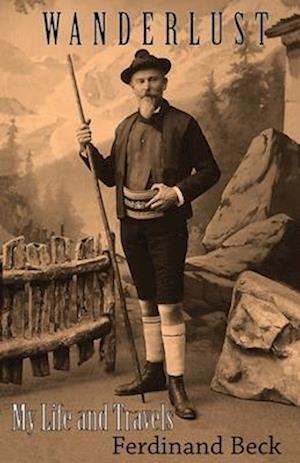 Born in Austria and orphaned at a young age, Ferdinand Beck was placed in a bookbinder's apprenticeship, by his wealthy relatives. Despite harsh treatment he completed the training and felt that it gave him a strong work ethic. He spent the rest of his life trying to balance work and travel. He would take a job for a while until the wanderlust hit him. In his youth he traveled by foot over the Alps and around Europe. Eventually, with help from a relative, he accumulated enough money for third class travel to the United States. He ended up in Virginia City, Nevada during the height of the Comstock Lode. He worked in a hardware store which he eventually bought. As a successful older man his wanderlust returned. He made several long trips including a year-long, around the world adventure. In his later life he traveled in style. His handwritten journals tell stories of early travels in Europe, the Great Chicago Fire, the excitement of Comstock days, stories of Lake Tahoe in the early days and the struggles and successes of immigrants coming to the United States in the 1800s. In addition to his words, there is a summary of his wealthy relatives who were the largest cotton processors in Italy. Mr. Beck, a natural storyteller, lived his life fully at a time when few ventured far from home.