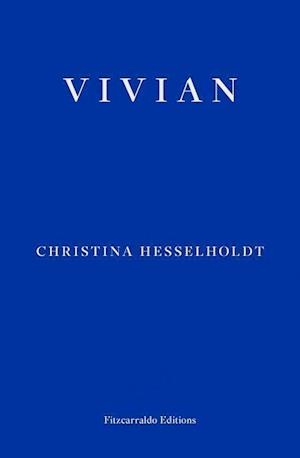 With VIVIAN, her second novel to be published in English, Christina Hesselholdt delves into the world of the enigmatic American photographer Vivian Maier (1926-2009), whose unique body of work only reached the public by chance. On the surface, Vivian Maier lived a quiet life, working as a nanny for bourgeois families in Chicago and New York. And yet, over the course of four decades, she took more than 150,000 photos, most of them with Rolleiflex cameras. The pictures were discovered in an auction shortly before she died, impoverished and feasibly very lonely. Who was this outsider artist, and why did she remain in the shadows her whole life? In this playful, polyphonic novel, we watch Vivian grow up in a severely dysfunctional family in New York and Champsaur in France, and we follow her later life as a nanny and street photographer in Chicago. A meditation on art, madness and identity, VIVIAN is a brilliant novel by Denmark's most inventive and radical novelist.

Forfatter
Bibliotekernes beskrivelse In her new novel, Christina Hesselholdt delves into the world of the enigmatic American photographer, Vivian Maier (1926-2009), whose unique photographic body of work only reached the public by chance.