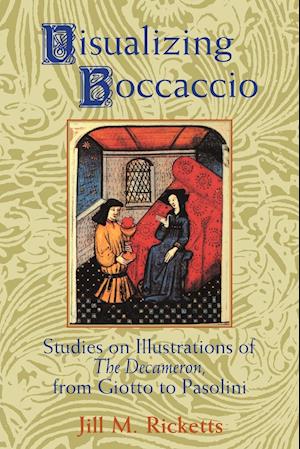 Originally published in 1997, Visualizing Boccaccio represents an intriguing approach to the interpretation of Boccaccio's classic book of erotic tales, The Decameron. Using literary, critical, psychoanalytic, and film theories, Jill Ricketts offers a feminist critique of these stories, exposing tensions generated by sexual difference that motivate privilege and investigating the possibilities of change in power relations associated with that privilege. In a comparison of selected tales from The Decameron with works by Cimabue and Giotto, fifteenth-century manuscript illumination, a series of paintings by Botticelli, and Pier Paolo Pasolini's cinematic interpretation of the tales, Ricketts also demonstrates how the juxtaposition of verbal and visual renditions permit new interpretation of each of these works.