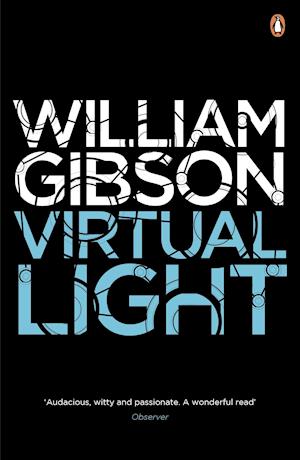 Virtual Light - a gripping techno-thriller from William Gibson, bestselling author of NeuromancerSan Francisco, the nearish future:Ex-cop Berry Rydell's lost one job he didn't much like and landed another he likes even less. Some sunglasses - actually high-end kit involving Virtual Reality and super-sensitive data - were stolen from a courier, and a man named Warbaby's been charged with retrieving them. Warbaby needs a driver and Rydell is the perfect fit. But when the courier is killed and Warbaby gets to work - giving Rydell a taste of what's expected and exactly what's at stake - he has second thoughts. Especially when he comes face to face with Chevette, stealer of sunglasses, who'll land an ex-cop in a heap of trouble . . .'Audacious, witty and passionate. A wonderful read' Observer'A stunner . . . a terrifically stylish burst of kick-butt imagination' Entertainment Weekly'Studded with crackling insights into the relationship between technology, culture and morality, Virtual Lightdoesn't miss its stride for a nanosecond' Time OutWilliam Gibson's first novel Neuromancer sold more than six million copies worldwide. Count Zero and Mona Lisa Overdrive completed his first trilogy. He has since written six further novels, moving gradually away from science fiction and futuristic work, instead writing about the strange contemporary world we inhabit. His most recent novels include Patter Recognition, Spook Country and Zero History, his non-fiction collection. Distrust That Particular Flavor, compiles assorted writings and journalism from across his career.

Forfattere
Bibliotekernes beskrivelse Chevette rides as a courier, banging her paper laminate-framed bike through the streets of a future Frisco - she lives for it. On an impulse, she's risked everything; stolen a pair of sunglasses from some jerk. No ordinary shades, either: loaded with super-sensitive data, they could decide the destiny of the entire city.