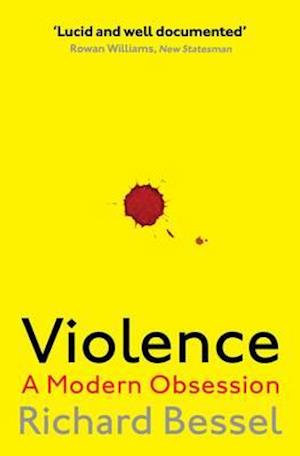 After a century that has been described as the most violent in the history of humanity, Professor Richard Bessel has written an intelligent and fascinating book on the history of our violent world and how we have become obsessed about violence. He critiques the great themes of modern history from revolutionary upheavals around the globe, to the two world wars and the murder of the European Jews, to the great purges and, more recently, terrorism. Violence, it seems, is on everyone's mind. It constantly is in the news; it has given rise to an enormous historical, sociological, and philosophical literature; it occupies a prominent place in popular entertainment; and it is regarded as one of the fundamental problems affecting social, political and interpersonal relations. Bessel sheds light on this phenomenon and how our sensitivity towards violence has grown and has affected the ways in which we understand the world around us - in terms of religious faith, politics, military confrontation, the role of the state, as well as of interpersonal and intimate relations. He critiques our modern day relationship with violence and how despite its continuing and inevitable nature, we have become more committed to limiting and suppressing it. Both historically questioning and intensely evocative of the most vicious and brutal violence enacted by mankind, this book shows how the place of violence in the modern world presents a number of paradoxes and how it is an inescapable theme in human history.

Forfattere
Bibliotekernes beskrivelse An intelligent and evocative examination of the history of our violent world.