- The New International Order of the 21st Century 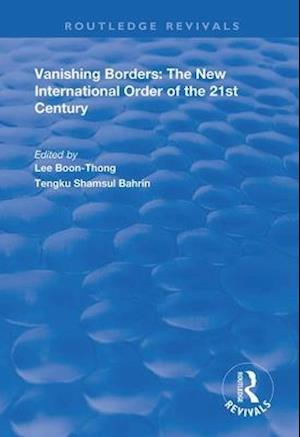 First published in 1998, the contributors to this book deal with the issue of vanishing borders from various perspectives, some emphasising the economic, others the political or social impacts of global interdependence and integration. Considering the enormous changes which have taken place including the end of the Cold War, the collapse of the Soviet Union, and increasing Globalisation, the chapters within present a fairly holistic and exciting discussion of the new world order of the 21st century.