indgår i serie Faithful and the Fallen 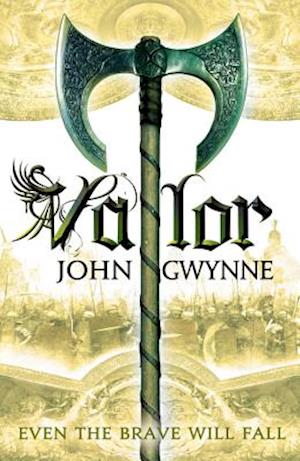 War has erupted in the Banished Lands as the race for power intensifies.

Corban flees his homeland searching for peace, but he soon discovers that there is no haven in the west as the agents of Rhin and roaming bands of giants hound his every step.

Veradis leaves the battleground and rushes to his King's side. But he has witnessed both combat and betrayal and his duty weighs heavily upon him.

Maquin seeks only revenge, but pirate slavers and the brutal world of pit-fighting stand in his way.

Nathair becomes embroiled in the wars of the west as Queen Rhin marches against King Owain. The need to find the cauldron of the giants drives him on.

Sides are chosen and oaths will be fulfilled or broken in a land where hell has broken loose.