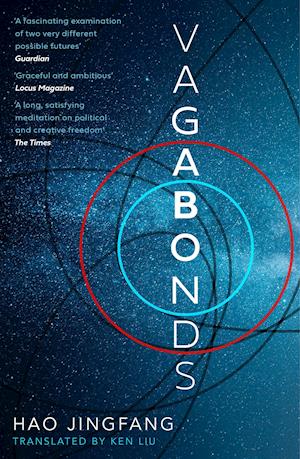 The first novel from the Hugo Award-winning author of 'Folding Beijing', translated by Ken Liu. Can the void between two worlds be bridged? AD2201. Just over a century ago, the Martian colonies declared their independence. After a brief conflict, Earth and Mars cut ties, carving separate trajectories into the future, viewing each other with suspicion and even hatred. Five years ago, a group of Martian students were sent to Earth as goodwill ambassadors from the Red Planet. Now the young men and women are coming home, escorting a delegation of prominent Terrans to see if the two worlds can bridge the void that has opened up between them. Almost immediately, negotiations break down and old enmities erupt. How do you escape the gravity of the past? Luoying, one of the returning Martians, is caught amidst the political intrigue and philosophical warfare. Martians and Terrans, old friends and new mentors, statesmen and revolutionaries - everything and everyone challenges her, pushing her to declare her allegiance. Torn between her native land and the world on which she came of age, Luoying must discover the truth amid a web of lies spun by both sides, she must chart a course between history and the future, or face the destruction of everything she's ever loved.

Forfattere
Bibliotekernes beskrivelse AD 2201: Earth and the colonies of Mars attempt a reconciliation after a century-long Cold War. Can two mutually antagonistic cultures forget the past and embrace the future?