US Policies in Central Asia

- Democracy, Energy and the War on Terror 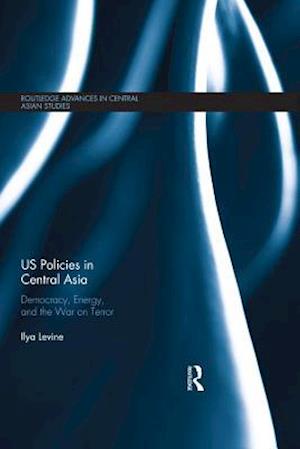 Democracy promotion, security and energy are the predominant themes of US policy in Central Asia after the Cold War. This book analyses how the Bush administration understood and pursued its interests in the Central Asia states, namely Kyrgyzstan, Tajikistan, Kazakhstan, Uzbekistan, Turkmenistan. It discusses the shift in US interests after September 11 and highlights key ideas, actors and processes that have been driving US policy in Central Asia. The author examines the similarities between the Bush and Obama administrations' attitudes towards the region, and he points to the inadequacy of the personality focused, partisan accounts that have all too often been deployed to describe the two presidential administrations. To understand US Central Asian policy, it is necessary to appreciate the factors behind its continuities as well as the legacies of the September 11 attacks.Using case studies on the war on terror, energy and democracy, drawing on personal interviews with Americans and Central Asians as well as the fairly recent releases of declassified and leaked US Government documents via sources like the Rumsfeld Papers and Wikileaks, the author argues that the US approached Central Asia as a non-unitary state with an ambiguous hierarchy of interests. Traditionally domestic issues could be internationalised and non-state actors were able to play significant roles. The actual relationships between its interests were neither as harmonious nor as conflicted as the administration and some of its critics claimed.Shedding new light on US relations with Central Asia, this book is of interest to scholars of Central Asia, US Politics and International Relations.