- The Biggest Myths About Space Demystified 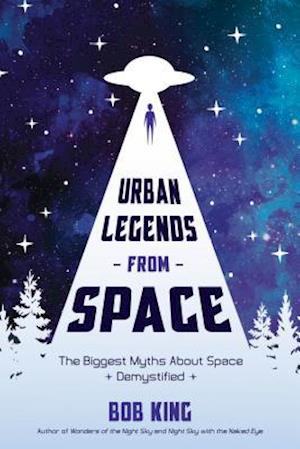 Whether or not you're into sci-fi or SpaceX, you've probably called a meteor a "falling star" and think astronauts float around in space stations because there's no gravity. Bob King, author of Wonders of the Night Sky and writer for Sky & Telescope magazine, explains the truth behind myths of navigation and landmarks, celestial bodies and government conspiracies. Compasses don't always point north; the sun isn't yellow and Galileo didn't invent the telescope. King explains why some people believed they found Bigfoot on Mars and many other myths - and provides us with concrete evidence to put those misconceptions to bed. No matter what you think you know, there's something new King can teach you about our universe.

Forfattere
Bibliotekernes beskrivelse From chem trails to black holes and supernovas, misinformation about space travels faster than the speed of light. Even the facts we take for granted - like the earth spins once every 24 hours and you can see the Great Wall of China from space - are not as true as one would think. Urban Legends from Space helps you to tell science fiction from science fact.