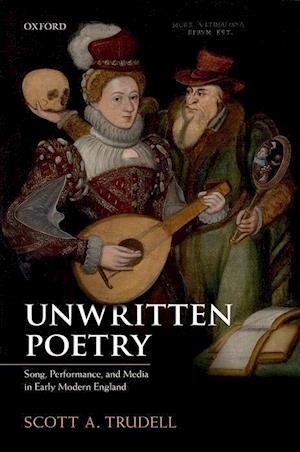 Multinational Enterprises and the Law is the only comprehensive, contemporary, and interdisciplinary account of the techniques used to regulate multinational enterprises (MNEs) at the national, regional, and multilateral levels. In addition, it considers the effects of corporate self-regulation, and the impact of civil society and community groups upon the development of the legal order in this area. The book has been thoroughly revised and updated for thisthird edition, making it a definitive reference work for students, researchers, and practitioners of international economic law, business, corporate and commercial law, development studies, and international politics.Split into four parts, the book first deals with the conceptual basis for MNE regulation. It explains the growth of MNEs, their business and legal forms, and the relationship between them and the effects of a globalized economy and society, now increasingly challenged by recently revived nationalist economic policies, upon the evolution of regulatory agendas in the field. In addition, the limits of national and regional jurisdiction over MNE activities are considered, a question that arisesthroughout the specialized areas of regulation covered in the remainder of the book. Part II covers the main areas of economic regulation, including controls over, and the liberalization of, entry and establishment, tax, company and competition law and the impact of intellectual property rights ontechnology diffusion and transfer. A specialized chapter on the regulation of multinational banks in the wake of the global financial crisis is new to this edition. Part III introduces the social dimension of MNE regulation covering labour rights, human rights, and environmental issues. Finally, Part IV deals with the contribution of international investment law to MNE regulation and to the control of investment risks, covering the main provisions found in international investment agreements,their interpretation by international tribunals, the process of investor-state arbitration, and how concerns over these developments are leading to reform proposals.Vocal music was at the heart of English Renaissance poetry and drama. Virtuosic actor-singers redefined the theatrical culture of William Shakespeare and his peers. Composers including William Byrd and Henry Lawes shaped the transmission of Renaissance lyric verse. Poets from Philip Sidney to John Milton were fascinated by the disorienting influx of musical performance into their works. Musical performance was a driving force behind the period's theatrical and poeticmovements, yet its importance to literary history has long been ignored or effaced.This book reveals the impact of vocalists and composers upon the poetic culture of early modern England by studying the media through which-and by whom-its songs were made. In a literary field that was never confined to writing, media were not limited to material texts. Scott Trudell argues that the media of Renaissance poetry can be conceived as any node of transmission from singer's larynx to actor's body. Through his study of song, Trudell outlines a new approach to Renaissance poetry anddrama that is grounded not simply in performance history or book history but in a more synthetic media history.

Forfattere
Bibliotekernes beskrivelse This leading text in the field covers all the major regulatory areas relating to the operations of multinational enterprises, analysing them not only in a legal but also a political and economic context. It is a definitive reference work for students, researchers, and practitioners working with multinational enterprises.Musical performance was a driving force behind theatrical and poetic movements of the early modern period, yet its importance to literary history has long been ignored. This bookPRIZES:Winner of Winner of the 2020 Bainton Prize for Literature by the Sixteenth Century Society & Conference.