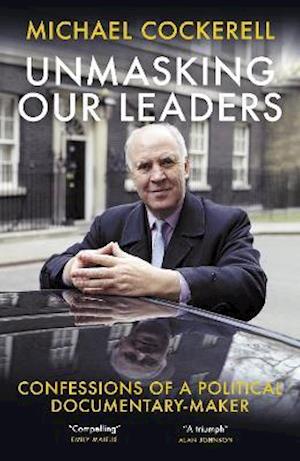 Our political leaders spend their careers spinning their images and polishing their achievements; Michael Cockerell has spent his professional life stripping off the gloss. Over fifty years, he has gained unrivalled access to the secret chambers of Westminster and Whitehall. Here, he reveals in illuminating and often hilarious stories what our top politicians are really like behind the mask.Drawing on his unique experience of having filmed all the past ten Prime Ministers, Cockerell tells how he manages to lull some of the most wary people in the land into candour, and shows how questions of sex are never far from the surface in Westminster. Amongst much else, he recounts: how Margaret Thatcher flirted with him on screen but attacked him by name in the Commons; how Tony Blair said he would willingly 'pay the blood price' in Iraq; how David Cameron learned from Enoch Powell always to make a big speech on a full bladder - and how Boris Johnson admitted to doubts about his ability to be Prime Minister.Revealing how our politicians have reacted during some of the most pivotal events in our recent history, Unmasking Our Leaders also provides a compelling insight into a career working in political television and foreign reporting, where tensions, rivalries and life-threatening danger are all part of the package.

Forfattere
Bibliotekernes beskrivelse Michael Cockerell is Britain's most celebrated TV documentary-maker, with a string of awards for his witty and eye-opening profiles of our Prime Ministers and other top politicians. 'You are no one in British politics until you've been Cockerelled,' said one newspaper.