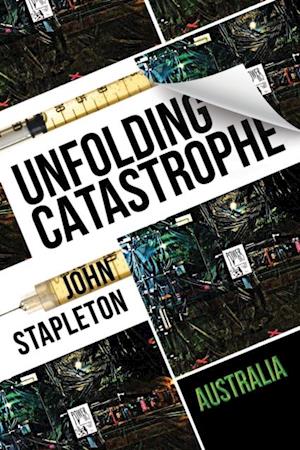 'Combining meticulous research with thoughtful personal reflection, this is a devastating indictment of Australia's response to the Covid pandemic.' Steve Waterson, The Australian. 'Well researched, courageous and revealing of the truth. One of Australia's most important books this century. A must read. Unfolding Catastrophe couldn't be more timely, coming at a pivotal point in our nation's history.' Guy Campbell, GP. Unfolding Catastrophe: Australia aims to dismember the political, administrative and social derangement which has overtaken Australia since the early days of 2020. Australia's democracy has proved virus thin. There has never been a more politicised and thereby more disastrously mismanaged disease. Eighteen months on from the country's first COVID death Australia is almost unrecognisable. The Australian government ignored all the cautionary tales emanating from some of the world's leading tertiary institutions, all warning that lockdowns were a dangerous social experiment which would do more harm than good. The result has been an authoritarian derangement, with military on the streets, unprecedented levels of highly aggressive policing, a dramatic loss of liberties, thousands marching in the streets and uber surveillance at a level previously unimaginable. Government overreach has destroyed all the nation's traditional freedoms, from barbeques in the backyard to going to the beach. By mid-2021 half the population were enduring what amounted to house arrest under some of the most extreme lockdown measures seen anywhere in the world. State borders opened and shut on a single case, tens of thousands of businesses had been destroyed; and the national debt quadrupled. All the while Australia's Big End of Town grew vastly richer. Unfolding Catastrophe: Australia tells the story of the nation through the eyes of a retired reporter, switching from street scenes to reportage while incorporating the work of some of the country's leading journalists and academics. As one of Australia's most experienced general news reporters, having worked on two of the country's leading newspapers The Australian and The Sydney Morning Herald for a quarter of a century, John Stapleton is uniquely placed to tell this story. His experience in publishing a wide range of hard hitting material sceptical of Australia's COVID response in his publication A Sense of Place Magazine forms the backbone of Unfolding Catastrophe: Australia.

Forlag:
A Sense of Place Publishing