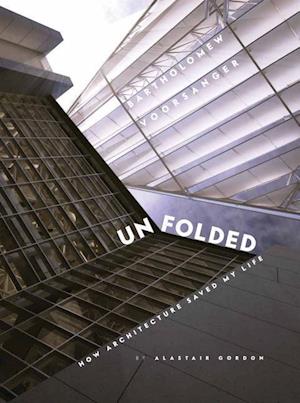 "There's a secret trapdoor, a kind of magic key into every project," says Bartholomew Voorsanger, whose life and work are chronicled in UNFOLDED, How Architecture Saved My Life." The book, by award-winning author Alastair Gordon, is more of a personal memoir than a conventional monograph, tracing as it does the architect's picaresque journey from an orphanage in the Bronx to an adoptive family in San Francisco, to the ivied halls of Princeton and Harvard, to an apprenticeship with architect I.M. Pei and the establishment of an independent practice in 1978. A signature sensibility--minimal yet elegantly crafted, with a jeweler's attention to detail--evolved through early commissions--a private barge on the Hudson River, a master plan for the Brooklyn Museum--in which he explored the inherent mysteries of form, scale, and light. A glass-and-steel addition for the Morgan Library (1992) was hailed by the New York Times as an artful "combination of intimacy and grandeur." For the Asia Society in Manhattan, Voorsanger created a luminous garden courtyard and a serpent-like staircase which was based, in part, on a Ming Dynasty flask that the architect found in the museum's collection. Undulating trajectories of work and life intersect throughout the story. In many of Voorsanger's projects there are suggestions of a pilgrimage across space, a sequence of opening and closing, turning and unfolding, as with a series of pavilions designed for the World War II Museum in New Orleans, the wing-like roof of a mountain retreat for Russian oligarch Roman Abromovich, a twisting control tower for Newark Airport, or the highly sculpted interior of a bachelor's loft in Tribeca. In some of the later work there's an unsettled Dr. Caligari geometry of axial rotations and splintered spaces. Walls tilt back and overlap. Natural light penetrates the outer membrane. Multi-faceted roofs engage the sky. Voorsanger's architectural practice served as an emotional anchor through trying times and helped to bring a sense of ceremonial order to life's messy uncertainties. There was the adoption of two Iranian orphans; divorce from his first wife; a broken business partnership; the loss of his second wife to cancer; and a near-fatal embolism. In 1987, Voorsanger's twenty-nine-year-old daughter, Roxanna, was senselessly murdered. As a form of eulogy, the architect designed a new kind of housing prototype. It was an elegiac gesture from father to daughter in which deep, personal loss was transformed, somehow, into healing space. "I don't give a damn about myself, but I care deeply about my work," he says, acknowledging the number of times that his art has rescued him from a nagging sense of despair and existential dislocation. "Architecture has literally saved my life."