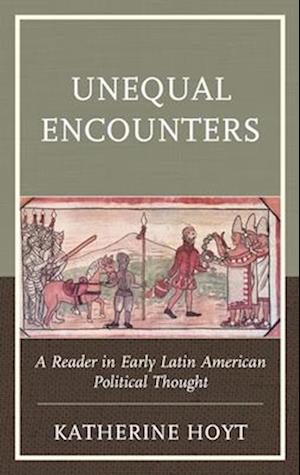 This volume presents a selection of the most compelling political writings from early colonial Latin America that address the themes of conquest, colonialism, and enslavement. It will be invaluable for students and scholars of Latin American political thought and other fields in the social sciences and humanities. Katherine Hoyt prepared extensive introductory material that introduces readers to each of the writers, contextualizing their ideas and the controversies surrounding them. The anthology centers the voices of Indigenous peoples, whose writings constitute six of the fifteen chapters while also including women's, African, and Jewish perspectives. Included among the writings are the foundation narrative of the Kaqchiquel Maya and an example of ';mirror of princes' literature in which Inca writer Guamn Poma advises the King of Spain on how to better govern Peru. Spanish priests Bartolome de Las Casas and Alonso de la Vera Cruz make contributions to the philosophical writings of the School of Salamanca on natural law as they relate to the peoples of the Americas. Other writers protest the inhumanity of the trade in enslaved Africans and the Inquisition. A volume such as this one brings greater nuance to our understanding of the continents past, helping us to envision a more inclusive future.