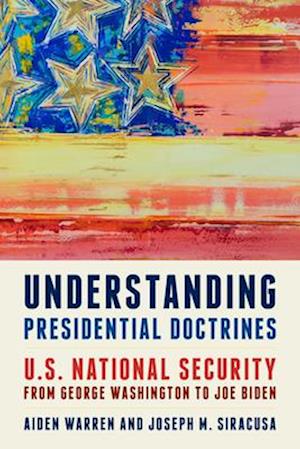 American foreign policy has long been caught between conflicting desires to influence world affairs yet at the same time to avoid becoming entangled in the burdensome conflicts and damaging rivalries of other states. Clearly, in the post-1945 context, the United States has failed in the attaining the latter. As this new, expanded edition illustrates, the term "doctrine" seemingly (re)attained a charged prominence in the early twenty-first century and, more recently, regarding the many contested debates surrounding the controversial transition to the Biden administration. Notwithstanding such marked variations in the discourse, presidential doctrines have crafted responses and directions conducive to an international order that best advances American interests: an almost hubristic composition encompassing "democratic" states (in the confidence that democracies do not go to war with one another), open free markets (on the basis that they elevate living standards, engender collaboration, and create prosperity), self-determining states (on the supposition that empires were not only adversative to freedom but more likely to reject American influence), and a secure global environment in which US goals can be pursued (ideally) unimpeded. Of course, with the election of Donald J. Trump in 2016, the doctrinal "commonalties" between Republican and Democratic administrations of previous times were significantly challenged if not completely jettisoned. In seeking to provide a much-needed reassessment of the intersections between US foreign policy, national security, and doctrine, Aiden Warren and Joseph M. Siracusa undertake a comprehensive analysis of the defining presidential doctrines from George Washington through to the epochal post-Trump, Joe Biden era.