- My Life as a Champion MMA Fighter 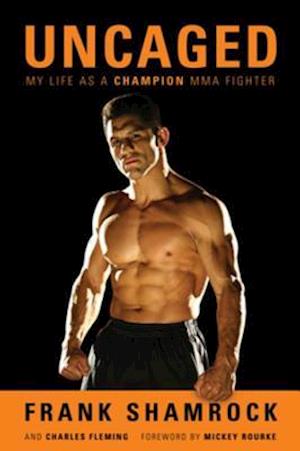 Frank Shamrock may be the toughest man alive. The veteran cage fighter-his “extreme fighting” style involves aspects of boxing, kickboxing, wrestling, karate, Brazilian jujitsu, and even Southeast Asian Muay Thai-is the only person to win a title in all three major North American fight promotions. As Ultimate Fighting Champion he was widely regarded as the best pound-for-pound fighter in the world. But Shamrock has led a life of profound, even Dickensian, difficulty. Born Frank Alicio Juarez III, he suffered through a childhood of abuse, neglect, and molestation before sliding into juvenile delinquency and petty crime. After finding some refuge in the penal system, he was eventually taken in by Bob Shamrock, a Northern California man who had fostered hundreds of lost boys-among them Frank's adoptive older brother, Ken, also a champion MMA fighter. An early marriage followed, and an unplanned pregnancy. When Frank couldn't afford to support his family, he turned to burglary and wound up in state prison-a fact he has never, until now, discussed publicly. But when he was released, Frank joined Ken in training as a cage fighter. For the next two decades he dominated the entire sport. This riveting book tells his whole story. Shamrock gives vivid accounts of his fights, both in and out of the ring. He explains his losses and discloses what enabled him to become a champion. He credits the fighters who taught and inspired him and points out the weaknesses of many who didn't. He details his beef with the UFC and the reasons behind his retirement. He tells all about the violence, the injuries, the booze-and how he overcame them all to become a champion in every sense of the word.