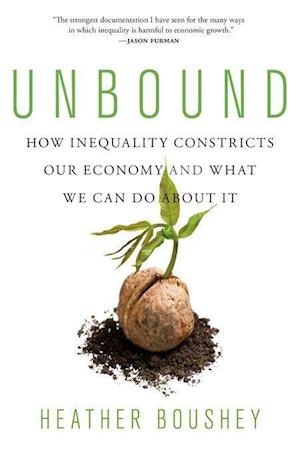 A Financial Times Best Economics Book of the YearA ProMarket Best Political Economy Book of the Year?A timely and very useful guide?Boushey assimilates a great deal of recent economic research and argues that it amounts to a paradigm shift.??New Yorker?In this outstanding book, Heather Boushey?shows that, beyond a point, inequality damages the economy by limiting the quantity and quality of human capital and skills, blocking access to opportunity, underfunding public services, facilitating predatory rent-seeking, weakening aggregate demand, and increasing reliance on unsustainable credit.??Martin Wolf, Financial Times?The strongest documentation I have seen for the many ways in which inequality is harmful to economic growth.??Jason Furman, former Chairman of the Council of Economic Advisers?Think rising levels of inequality are just an inevitable outcome of our market-driven economy? Then you should read Boushey's well-argued, well-documented explanation of why you're wrong.??David Rotman, MIT Technology ReviewDo we have to choose between equality and prosperity? Decisions made over the past 50 years have created underlying fragilities in our society that make our economy less effective in good times and less resilient to shocks, such as today's coronavirus pandemic. Many think tackling inequality would require such heavy-handed interference that it would stifle economic growth. But a careful look at the data suggests nothing could be further from the truth?and that reducing inequality is in fact key to delivering future prosperity.Presenting cutting-edge economics with verve, Heather Boushey shows how rising inequality is a drain on talent, ideas, and innovation, leading to a concentration of capital and a damaging under-investment in schools, infrastructure, and other public goods. We know inequality is fueling social unrest. Boushey shows persuasively that it is also a serious drag on growth.