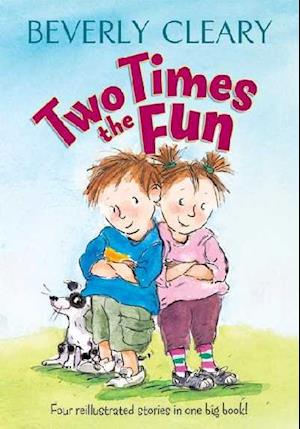 Jimmy and Janet are twins, but that doesn't mean they are just alike.

When we first meet Jimmy, he wants to dig a real hole. He likes to use a real, grown-up shovel. While he's working, his sister, Janet, pretends to be a bird She likes to use her imagination. But the twins both like silly jokes, brand- new boots, and talking to Mr. Lemon, the mailman.

As Beverly Cleary writes about Jimmy and Janet's doings, the unique understanding of children that she brings to all of her beloved books is coupled with a keen awareness of duo dynamics that comes from raising twins herself.

Originally published as four separate picture books (The Real Hole, Two Dog Biscuits, The Growing-Up Feet, and Janet's Thingamajigs), these are stories that a Jimmy would like because they are so true-to-life, and that a Janet would love because they are so believable.