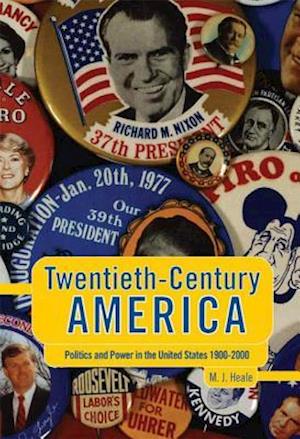 In 1941 Time magazine publisher Henry Luce spoke of the 'American Century', anticipating that the values of the United States would spread around the world. Twentieth-Century America provides a comprehensive analysis of the changes and continuities in the US political system from 1900 to 2000, a period of unprecedented growth and power in US history, though one that was also punctuated by crises and division. Part One focuses on the Progressive Order, which emerged with the progressive movement at the beginning of the century, and lasted until the Wall Street Crash and the subsequent depression destroyed its political foundations. Part Two begins in 1933 when President Franklin Roosevelt inaugurated the New Deal. The 'big government' liberalism of the New Deal Order survived until the late 1960s, when it was undermined by dissension over Vietnam and racial turmoil. In Part Three - the Divided Order - the focus is on the last third of the century when the US political system was characterized by confusion and fragmentation, partly because the White House and Congress were usually occupied by rival parties.Class, gender and race were important formative influences on the course of US history, and proper attention is paid to the role of American workers, immigrants, women, African Americans and other minorities in this penetrating study of recent US history.