- Historians Battle for the Vietnam War 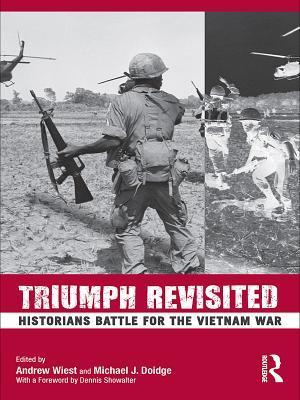 More than thirty years later, the Vietnam War still stands as one of the most controversial events in the history of the United States, and historians have so far failed to come up with a definitive narrative of the wartime experience. With competing viewpoints already in play, Mark Moyar's recent revisionist approach in Triumph Forsaken has created heated debate over who 'owns' the history of America's war in Vietnam.Triumph Revisited: Historians Battle for the Vietnam War collects critiques of Triumph Forsaken from both sides of this debate, written by an array of Vietnam scholars, cataloguing arguments about how the war should be remembered, how history may be reconstructed, and by whom. A lively introduction and conclusion by editors Andrew Wiest and Michael Doidge provide context and balance to the essays, as well as Moyar's responses, giving students and scholars of the Vietnam era a glimpse into how history is constructed and reconstructed.