Trends in the Judiciary 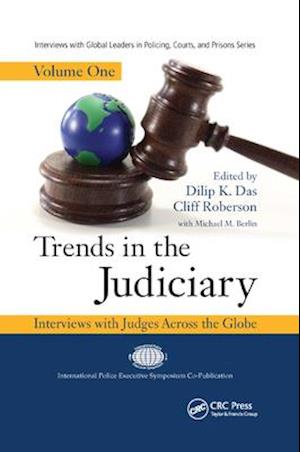 U.S. Supreme Court justices are studied publicly, but scant attention is generally paid to the judges who function daily in other courts of the world. Trends in the Judiciary: Interviews with Judges Across the Globe assembles a collection of interviews conducted by international scholars and researchers. It provides an insider's perspective of how members of the worldwide judiciary cope with significant legal developments and the issues they face in criminal and procedural law.The subjects of these interviews administer justice in Australia, Austria, Bosnia-Herzegovina, the Republic of Slovenia, Canada, India, and the United States. Representing a variety of cultures, political environments, and economic systems, the interviewees each discuss their background, education, and career; their judicial role; the major changes and challenges they have experienced; and the relationship between theory and practice. In addition to the candid observations of the interview subject, each chapter provides a brief portrait of the national judicial system and court in which each judge serves.Continuing the work of the International Police Executive Symposium (IPES) and the CRC Press series Interviews with Global Leaders in Policing, Courts, and Prisons, the book enhances readers' understanding of the judiciary and opens a dialogue between scholars, researchers, and practitioners. It is a major contribution to the study and practice of judging around the world.