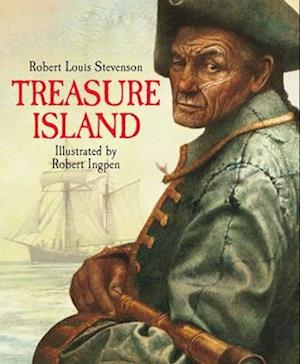 'In Treasure Island, Stevenson wrote one of the great books of all time, an enduring masterpiece, and my favourite too. No edition has ever been better illustrated than this. Ingpen's drawings are utterly compelling.' - Michael MorpurgoRobert Louis Stevenson's tale of pirates, treasure and swashbuckling action on the high seas is the archetypal ripping yarn and continues to captivate readers of all ages.Our narrator is Jim Hawkins, son of a guesthouse owner on the west coast of England sometime in the 18th century. An old buccaneer, Billy Bones, arrives at the inn with a map showing the way to Captain Flint's treasure, but he is closely followed by a group of dastardly pirates under the command of the ominous Blind Pew. Jim, in an act of bravery and cunning gets hold of the map before this rabid mob. He delivers it to Squire Trelawney, and together they set off for Treasure Island in the Squire's schooner. Among the crew, however, is the treacherous Long John Silver who is determined to keep the treasure for himself...The award-winning artist Robert Ingpen has set his imagination loose on this breathtaking adventure, bringing the unforgettable characters and their thrilling escapades to life as never before.

Forfattere
Bibliotekernes beskrivelse When young Jim Hawkins finds a treasure map among a captain's belongings, the scene is set for an adventure to discover Treasure Island. With 80 original illustrations by Robert Ingpen. 80 clr illus