- Voices of Dissent and Visions of Independence in the 21st Century 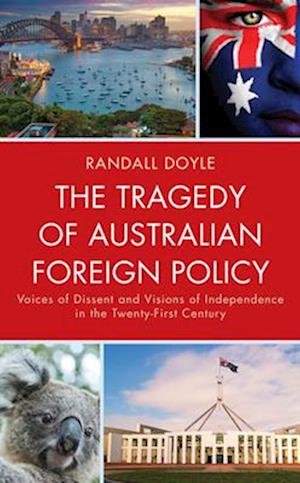 The Evolution of Australian Foreign Policy is a book that presents a modern-day argument concerning Australias external affairs policies in the 21st century. The book makes the case that it is time for Australia to move on from its historic British colonial roots and its subsequent subservient roles within the empires of Great Britain and the United States since Federation in 1901. The ongoing military debacle and strategic disaster of the U.S.-led Iraq War has triggered a movement within Australias intellectual and political communities to rethink Australian foreign policy. An impressive group of dissenters began to question Australias blind obedience to the post-World War II American empire. And, since the extraordinary publication of The Palace Letters, in 2020, the charm and distinction of being a part of the British Commonwealth has begun to lose its glory and uniqueness for a growing number of Australians. In truth, Australia is a nation in transition. It is becoming an independent Republic. A nation of Australians. Led by an Australian president elected by Australians. The nation of Australia has come of age. No more masters of any kind to rule over it. Australia has finally become the master of its own destiny and fate in the 21st century.