- The Archaeology of the Premonstratensian Abbey 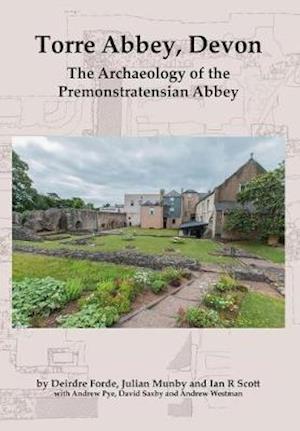 Torre Abbey is one of the more impressive monastic sites in Devon, both as a ruin and as a conversion to a comfortable post-medieval mansion. Founded in 1196 as a house of the Premonstratensian 'White Canons', the church and the monastic buildings round the cloister were built soon after and not greatly modified in later medieval changes. Converted to domestic use after the Dissolution, the Abbot's house and part of the cloister was for 300 years the home of the Cary family, and it continued as the home of their successors until 1930 when it was acquired by Torquay Borough Council. A major programme of excavation was undertaken on the church by the Exeter Museums Archaeological Field Unit in the 1980s, followed by a series of above-ground investigations of the historic building fabric. A later phase of museum reordering and redisplay led to further exploratory work by Museum of London Archaeology, and then by Oxford Archaeology. This report publishes the results of the excavations and building surveys, including the architectural development of the abbey church and claustral buildings, discoveries made in removing render from the walls of the monastic refectory, and changes made for the post-medieval mansion. Geophysical surveys suggest that much more remains to be discovered on the site. The finds include an impressive collection of worked stone from medieval monuments and architectural features, an important group of ceramic paving tiles, and tantalising remains of stained glass windows. This fully illustrated publication brings to a close a major enterprise in the 30-year investigation of the site and buildings under the auspices of the Torbay Council.