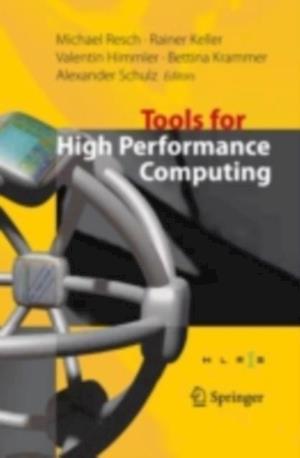 Developing software for current and especially for future architectures will require knowledge about parallel programming techniques of applications and library p- grammers. Multi-core processors are already available today, and processors with a dozen and more cores are on the horizon. The major driving force in hardware development, the game industry, has - ready shown interest in using parallel programming paradigms, such as OpenMP for further developments. Therefore developers have to be supported in the even more complex task of programming for these new architectures. HLRS has a long-lasting tradition of providing its user community with the most up-to-date software tools. Additionally, important research and development projects are worked on at the center: among the software packages developed are the MPI correctness checker Marmot, the OpenMP validation suite and the M- implementations PACX-MPI and Open MPI. All of these software packages are - ing extended in the context of German and European community research projects, such as ParMA, the InterActive European Grid (I2G) project and the German C- laborative Research Center (Sonderforschungsbereich 716). Furthermore, ind- trial collaborations, i.e. with Intel and Microsoft allow HLRS to get its software production-grade ready. In April 2007, a European project on Parallel Programming for Multi-core - chitectures, in short ParMA was launched, with a major focus on providing and developing tools for parallel programming.