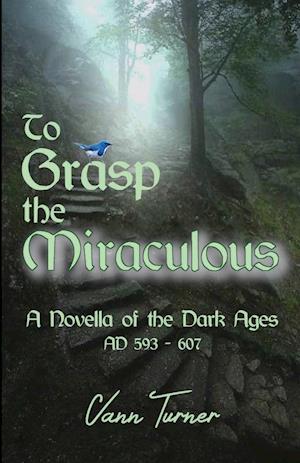 On Titus's recall from banishment, his jubilation is short-lived. First, the Lombard King threatens him. Second, a man he had freed from slavery attempts to kill him. He must find a new life beyond the reach of King, Pope and Emperor - the unknown wilds of Scotland.

There, he and Adria coax the earth to provide. And they are content, man and wife. But the skeletal hand that comes for all mortal flesh touches Adria.

Will Titus - educated, philosophical Titus, his earthly work at an end - hurl himself from the cliffs to follow her?

To Grasp the Miraculous, AD 593 - 607 is a dramatic exultation of the wedded life. Gripping. Emotive. It's a short read, but a memorable one. Read it today.

This novella completes the Tribonian Trilogy. Each of the books is self-contained without a cliff-hanger at the end.

The three books in the Trilogy are listed below. They may be read separately in any order, each to powerful effect. But there is a forward thrust throughout the Trilogy. I guess the reason for that is when I wrote the first words of To Forestall ("'Putrid!' Titus said, sniffing the air and curling his lips in revulsion."), the final scenes of To Grasp (on the cliffs of Scotland) had already been revealed.