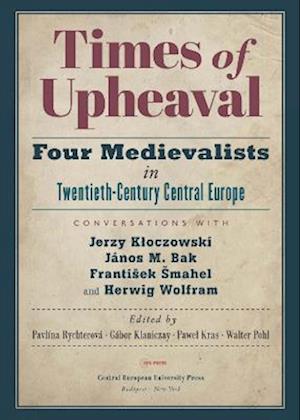 The volume unites conversations with four masters of Medieval Studies from east-central Europe: Janos Bak from Hungary, Jerzy Kloczowski from Poland, Frantisek Smahel from the Czech Republic, and Herwig Wolfram from Austria. The interviews, made by younger colleagues, reveal engaging life stories, with numerous observations, anecdotes and experiences. The four scholars grew up before and during the war, under Nazi occupation, emerged as young scholars in the difficult post-war period, and, for most of their careers worked in the shadow of the Iron Curtain, two of them spending most of their lifetimes under communist regimes. The conversations focus on ways in which open-minded young intellectuals became medieval historians under difficult circumstances, how they experienced the long shadows of totalitarian regimes with their acute sensitivity for historical change, and how their perceptions of the world around them reflected back on their approach to medieval history. The histories of their nations were broken, most of them ceased to exist and then were re-established during their lifetimes, came under foreign domination, were split up, or had their territories shifted. These changes affected these scholars' identities and patriotic feelings, and their present was reflected in the distant mirror of the medieval past.