Til Valhalla: An Ember War Novel 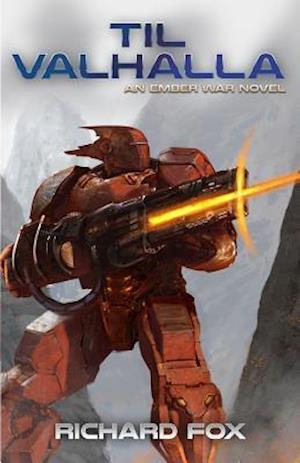 War is a crucible. Valhalla awaits the worthy.

On the battlefield of the future, armored mechs can turn the tide of any battle. With a nation under threat, a single small force of Armor joins the fight to hold the line against a merciless horde bent on total domination.

Chief Amos Roy-a young soldier haunted by the loss of his brother to the enemy-is thrust into the fight before he's ready. War is a harsh teacher, and his fellow Armor are just as wary of him as they are the foe.

When the enemy unleashes a mobile battle station with the power to annihilate cities, Roy must prove himself to veteran Armor that he's worthy to fight beside them. Can battle forge a team that will stop the enemy's super weapon?

For here the Armor will find the Iron in their hearts and the spirit to win any war. Even if nothing but embers of defiance remains.

Til Valhalla is a military science fiction novel written by the Dragon Award winning and Nebula Nominated Richard Fox. Read it now