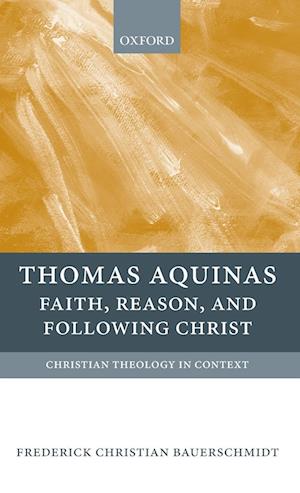 Thomas Aquinas is widely recognized as one of history's most significant Christian theologians and one of the most powerful philosophical minds of the western tradition. But what has often not been sufficiently attended to is the fact that he carried out his theological and philosophical labours as a part of his vocation as a Dominican friar, dedicated to a life of preaching and the care of souls. Fererick Christian Bauerschmidt places Aquinas's thought within thecontext of that vocation, and argues that his views on issues of God, creation, Christology, soteriology, and the Christian life are both shaped by and in service to the distinctive goals of the Dominicans. What Aquinas says concerning both matters of faith and matters of reason, as well as hisunderstanding of the relationship between the two, are illuminated by the particular Dominican call to serve God through handing on to others through preaching and teaching the fruits of one's own theological reflection.

Forfattere
Bibliotekernes beskrivelse This book offers an introduction to the thought of Thomas Aquinas (1225-1274), who is one of the most significant Christian writers of the Middle Ages. It pays particular attention to the Aquinas's context as a Dominican friar, devoted to the task of preaching the Christian gospel.